Southern Cameroon is a region located in the middle of the equatorial forest. It is characterized by its dense vegetation and its many food cultures, some of which are dedicated to export: banana, cocoa, coffee, rubber, etc.

I have had very few opportunities to visit this area of ​​the country, but it always seemed to me (from what people brought back) that it is a region with a rich and fertile soil, a region full of dishes, one more delicious than the other. Moreover, the inhabitants of this region are known to consume bushmeat, which I must admit was a unique taste for having tried some. For those who are brave, I urge you to try if you ever have the opportunity to go in this part of the country.

Among my earliest memories, I kept that of the town of Ebolowa (read ébolova). Ebolowa is the capital of the South Cameroon region and is located about 170km from Yaoundé. Following my father in his business trips, I have had the opportunity to experience Ebolowa; that was more than ten years now. So I did some research to find updated information that will supplement to the memories I'll tell you.

For the record, "Ebolowo'o" original name of the city, in language Bulu (read Boulou) means "rotten chimpanzee". Reportedly, a hunter from clan Essawo'o would have found a rotten chimpanzee on one of the mountains that overhang the city. Another version says that this hunter would have found a disappeared woman of the clan Essakoye, dead and decomposed on the mountain. To hide his discovery to the colonial authorities, the hunter claimed that he had found a rotten chimpanzee. It does not take much to give a name to a town eventually, does it?

As for accommodation there, we were staying at the hotel "M'Vila Hotel", located at one end of the city, which at the time was fine: immaculately clean, air conditioned and well maintained. Today, I think it's aged a bit. It is nevertheless in the list of the 5 best accommodation in Ebolowa according to TripAdvisor.

What I remember is that Ebolowa is pretty quiet and clean. When entering the city, we pass by the small crossroads Tamzou, which is about the only "thing" to see in the city, with its municipal lake, whose real name is Lake Angèle, beside which lies a big market. At the time, there was no "bendskins *" in the streets of Ebolowa but it seems that there are already installed everywhere in the city nowadays.

There are of course in the city a lot of bars and restaurants to refuel. The restaurants mostly offer local specialties such as bushmeat broths and other southern typical dishes but it is also possible to order classic dishes like rice or omelets. For my part, I discovered this delicious dish on my mother’s advice, and I've never found the flavor elsewhere: "Ntouba Ekon" with broth Antelope ! Aiyayaie! The taste of the meat marked me. The "ntouba ekon », always served as an accompaniment, consists of half-ripe plantains previously cooked and then crushed, in the form of cubes / blocks. Plantain is the same family as bananas. Southerners love it and eat it in almost every dish.

While it is true that the city has no touristic attractions, we must however leave the city to realize that Ebolowa is surrounded by beautiful natural sites, such as, the tourist center of Nkolandom (a « must discover »! ) or the rock Ako'Akas. The opportunity will come for me to go visit these places I do not know yet and I will write a note when the time comes, but meanwhile, I did some research and I can offer you these links if you want to learn more about these wonderful tourist places:

*bendskin: a term for moto-taxi. 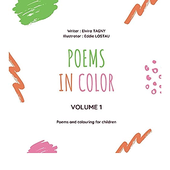 Poems in color - Volume 1: Poems and colouring for children 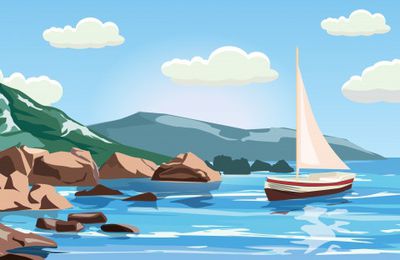